Is Your Stick Too Long? (& other stick issues) 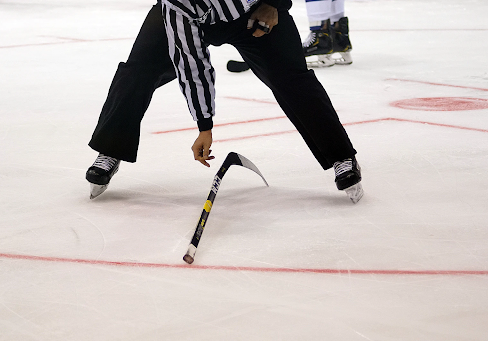 How do you figure out if your stick is the right length?

There are quite a few factors to take into account and I am going to take you through some of the most important ones in this article.

To start, check out this quick video to see how long future Hall of Famer Alex Ovechkin’s stick is. You can see from the photographs of the other Hall of Famers that the majority of them have sticks that barely reach their collarbone with skates on.


So why am I showing you this?

I’ve run thousands of on-ice sessions with girls hockey players and having a stick that’s too long is one of the biggest problems I see with players of all ages and levels. One of the most important developmental tools for any player is to have a hockey stick that suits her. A long stick (above the chin when on skates) can be extremely detrimental to a child’s development.

A stick of proper length should lie with the blade flat on the ice when standing on skates with your arms at your sides (and holding the knob of the stick in the palm of your hand).

A stick of proper length will enable players to handle the puck close to their body, make backhand passes, help them control the puck when moving laterally and develop more power and control in their shot by forcing them to learn correct technique, rather than simply using the flex of the stick.

Below is a more modern video where the coach shows different stick lengths and the advantages and disadvantages of longer & shorter sticks:


Now the next video is ancient but it gives a great on-ice demonstration of helping a young player figure out the correct stick length. Definitely worth a watch and enjoy the throwback:


Now I know what you’re thinking – BUT WHAT ABOUT MY SHOT???

Does a longer stick with more flex (a higher number) make a difference when shooting? Yes, it does make some difference. BUT there is scientific evidence that technique and body strength are the 2 biggest determinants of how hard someone can shoot, which makes stick flex less of a factor.

Shooting is fun! Scoring is critical! BUT the best players get to shoot 3 maybe 4 times a game on average!

How many more times in a game are players required to make a pass, take a pass, handle the puck, or protect the puck?

If you want to shoot standing straight up in your driveway, yes you will run into trouble with a shorter stick. But if you want to keep your hips down and shoot in stride or execute a quick catch and shoot in a game, you’ll need a proper stick length.

Most often, the difference between good and great hockey players is the ability to skate efficiently. Proper stick length is required to develop proper skating mechanics. The most efficient forward skating body positioning requires players to have a 45 degree upper body lean and a 90 degree knee bend. If the stick is too long and the player has these perfect skating qualities, there will be very little of the stick blade on the ice (usually only the heel) making puck control extremely difficult. However, very few people do this. Instead, they force the full blade onto the ice, which in turn straightens the players legs/back, and consequently eliminates the perfect stride posture (since knee bend = stride length = powerful/efficient stride).

BUT I PLAY DEFENSE?

Some Ds like to argue that they can shoot harder with a long stick. They are simply compensating stick flex for knee bend, which will hurt their passing and receiving, puck control, skating and shot control. If players learn to shoot with correct techniques (using their full body to shoot the puck rather than just their arms), their shot will be much harder and much more accurate than if they simply used the flex of the stick for velocity. On top of that, high velocity on shots are the least important quality (especially for defense) when shooting.

1. General accuracy (the puck must hit the net in order to score)

2. Deception of release or unreadiness of the goaltender

The reason velocity is the least important is because more velocity brings with it a “hit or miss” quality. For example, if a D takes a slap shot from the point, unless it goes directly in the net (which requires a very hard and accurate shot), it is likely to hit something. If it does rebound off something, it is most likely going to end up in a non-threatening area of the offensive zone. Since most goals in girls hockey are scored from between the dots and below the top of the circle (and many come off rebounds), having the puck end up in that area is a key component to team goal scoring. Anytime a player is shooting from outside that key scoring area (known as the house), especially with traffic in front of the net, the intention of the shot should change from shooting to score to facilitating a goal by getting the puck to stay in the house. Shooting to facilitate a shot or shooting for rebounds, screen, shot pass etc, is much more effective than trying to blast it through with a booming slapshot. When facilitating scoring, high velocity on the shot is usually very detrimental. So the most important thing on perimeter shots becomes CONTROL. In other words, heads up, wrist/snap shots, and lower velocity. No need for a super long stick with a big flex when you’re shooting wrist and snapshots.

The general rule of thumb is that players should use a flex that is approximately 1/2 of their weight. So a player who is 80 pounds should be using a 40 flex stick at the most. However, strength and technique also affect how a hockey player uses the flex of their stick. For girls hockey, we generally recommend a lower flex due to strength. Remember that cutting a stick increases flex rating (it gets stiffer as you cut it) and there is no standard for flex. A Bauer 30 flex may not be the same as a CCM 30 flex.

The lie of the stick is the angle between the blade and the shaft. Most players' sticks are in the middle of the range so it’s not usually a huge factor in their ability to handle and shoot the puck. If your interested in more watch this:

This is another ancient clip but the scientific and biomechanical principles have not changed.


DON’T RUN AND CHOP YOUR STICK BY THREE INCHES RIGHT AWAY!

First, try moving your top hand down the stick and seeing how it affects your passing, stick-handling and shot. You can do this in practice without cutting the stick. Of course, it will feel weird at first. But you’ll immediately find that you need to bend your knees more to get that blade flat on the ice. That bending of the knees will make you a more powerful skater instantly and give you a stronger base to shoot and pass from. See how the blade sits on the ice with your hand in different positions and then decide where you might need to cut the stick.

If you do decide to cut down your current stick, it will make the stick stiffer (increase the flex number).

So you may need to get a lower flex stick in order to make sure you aren’t turning a 50 flex into an 80 flex by cutting 6-8 inches off.

BOTTOM LINE – FIND WHAT WORKS FOR YOU!

Ultimately, you need to find what works for you after trying out a few different lengths, flexes and maybe even lies. For more experienced players, keep in mind how you play the game. If you battle a lot along the boards and are scoring from the hash-marks, you probably need a shorter stick. To be honest, unless you have a lethal snapshot from the blue line that is both hard and accurate, you probably need a shorter stick. 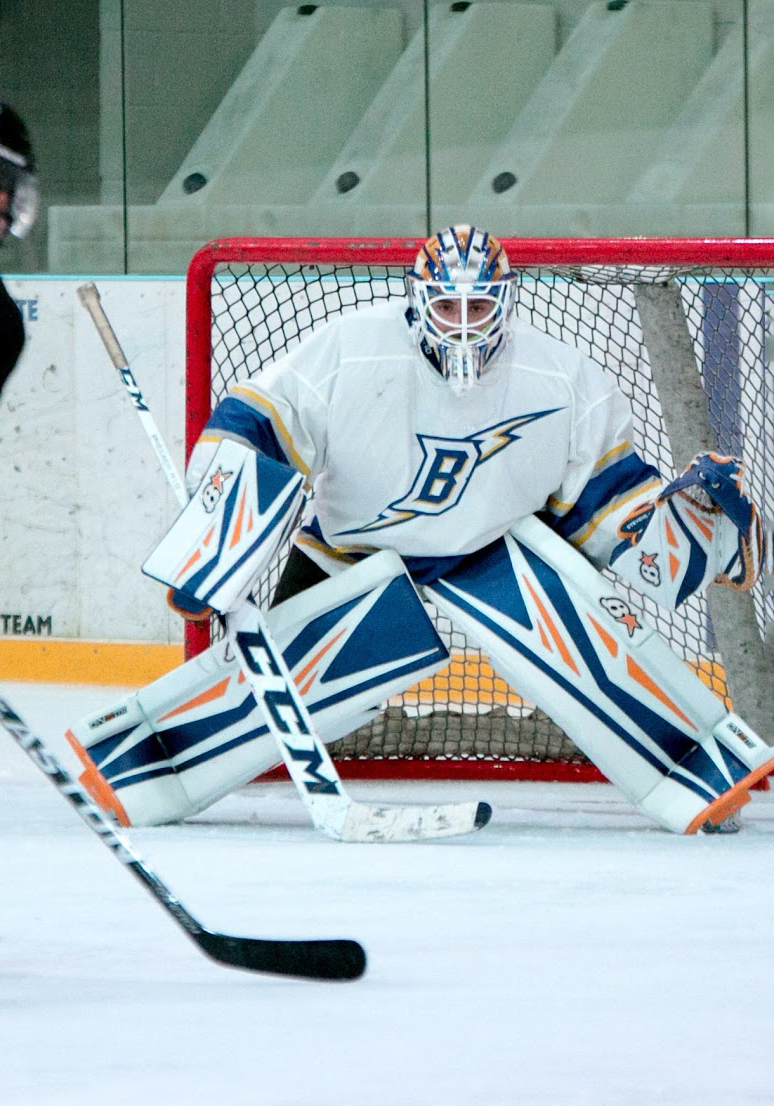 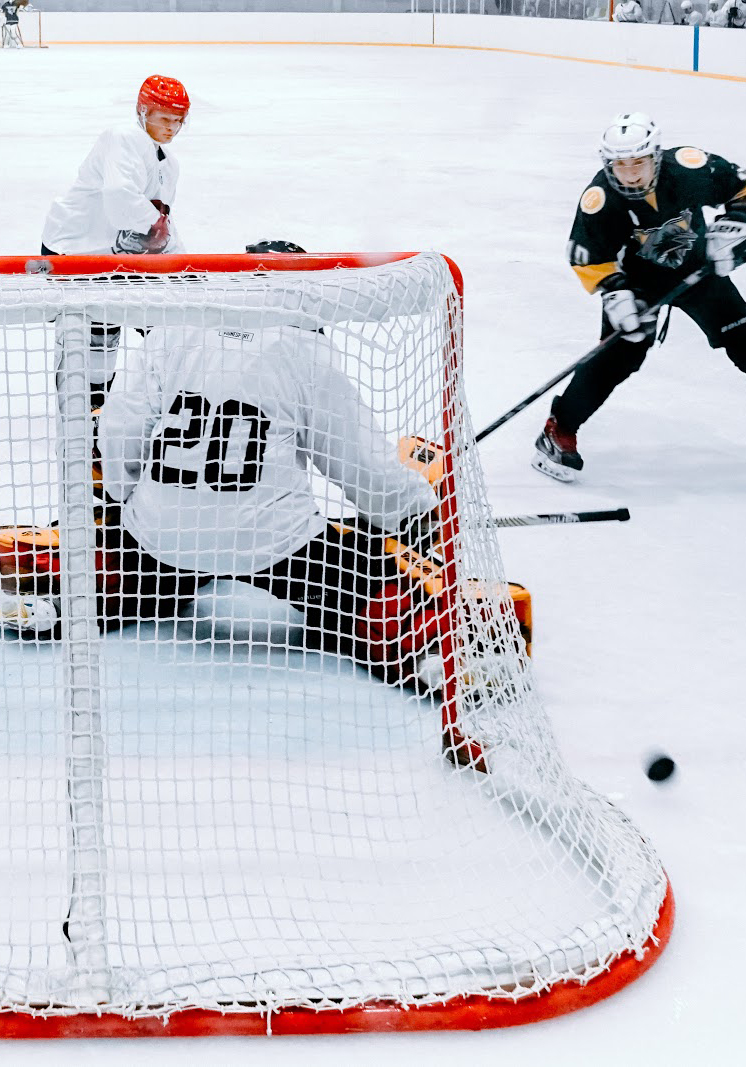 How to score off rebounds