3 Mistakes That Lead To Defensive Disasters

Playing great team defence doesn’t end up on a lot of highlight reels. Sure, you’ll see bone-crushing hits and game-saving stops on the TV but you rarely hear much about the “not so sexy” stuff that keeps the puck out of the net. Here are 3 mistakes that aren’t always the direct cause of a goal against but are quite often the starting point where it all starts to break-down.

Players can never be entirely puck focused. When this happens in 1v1 battles in defensive zone, sometimes you end up getting a well timed poke-check which results in a quick breakout transition for your team. But quite often, that puck focus leads to your player getting turned inside out by the attacking player. And when the players who aren’t directly defending the player with the puck becomes too focused on the little black thing they often lose proper position on their man. And unaccounted for attacking players in the offensive zone are a very dangerous thing. All it takes is a well-timed and executed pass from the puck carrier to create a dangerous scoring chance.

We all know we have to stop and start in the defensive zone. This is simply non-negotiable if you want to be a great defensive player and team. And yet we get lazy, and we circle away from the puck and our player all the time. Not only do we lose sight of our man and the puck, but we also lose track of the play. Teams and players must use straight line skating in the defensive zone in order to keep the play in front of them and to be able to read what the attacking team might do next. Turn your back on the play too many times and the puck ends up in the back of your net.

Your defensive zone coverage has to have structure. While chasing the puck around the in-zone might be a marginally effective strategy against opponents who don’t have a high degree of skill or structure themselves, it will lead to disastrous results when you play better teams who can execute in the offensive zone. One particular example of chasing the play that drives coaches crazy is when the wingers are down battling for pucks in the corner.

In the majority of defensive zone systems, the winger who is on the same side as the puck (when the puck is down low in the corner) is responsible for two things. First and foremost, they must try to prevent the puck from making it from the corner to the D on the point who is their check. They must also be in a support position to prevent the attacking forwards from walking off the half-wall if the low players in the defensive system need help. When wingers join the scrum in the corner to fight for the puck, they think they are helping. But then the puck squirts out on the opponent’s stick, is quickly passed back up the point player they should have been covering who has plenty of time to get a shot off or make a pass that keeps the defensive team running around. Chasing the puck around the zone against a team that moves the puck well is a recipe for disaster. Fixing those 3 mistakes will make a huge difference in how you and your team defend. There are certainly more technical and detailed mistakes that we can work on (and focus on in future newsletters), but this is a great starting point for anyone looking to take their defensive game (and goals against average) to the next level. 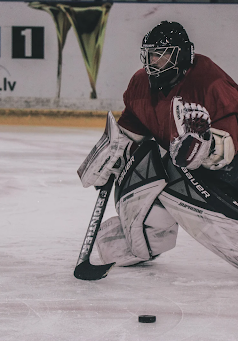 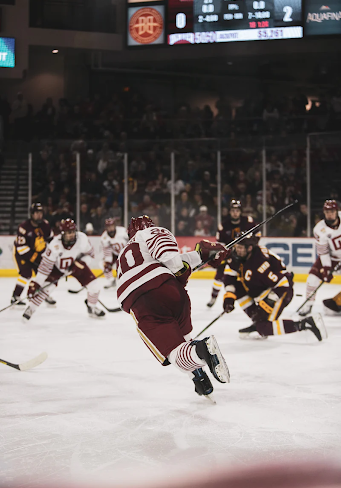